Animated Banner Ad
Chris' Role - My role in the Skechers banner campaign was concepting, designing and animating an animated banner that ran on Cartoon Network's homepage as well as other run of site static banner placements.
Design Process note - It was fun to build this HTML5 banner using Adobe Animate. Similar animation to old school Flash, but HTML5 works on all formats unlike Flash. I made sure to send the banner files to the publisher without an overall invisible button which enabled the banner to run perfect. See the banner idea in a rough storyboard sketch-> 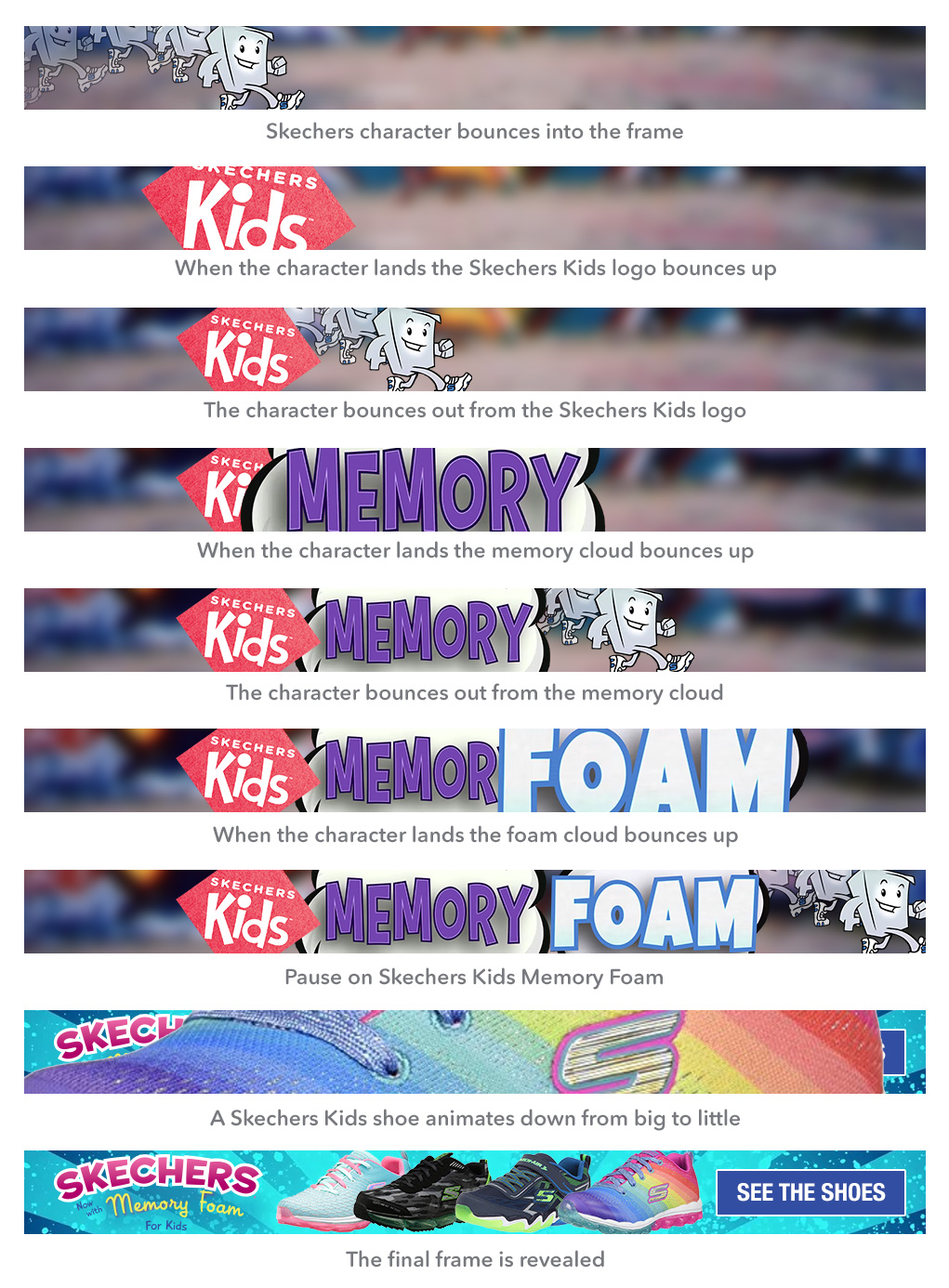 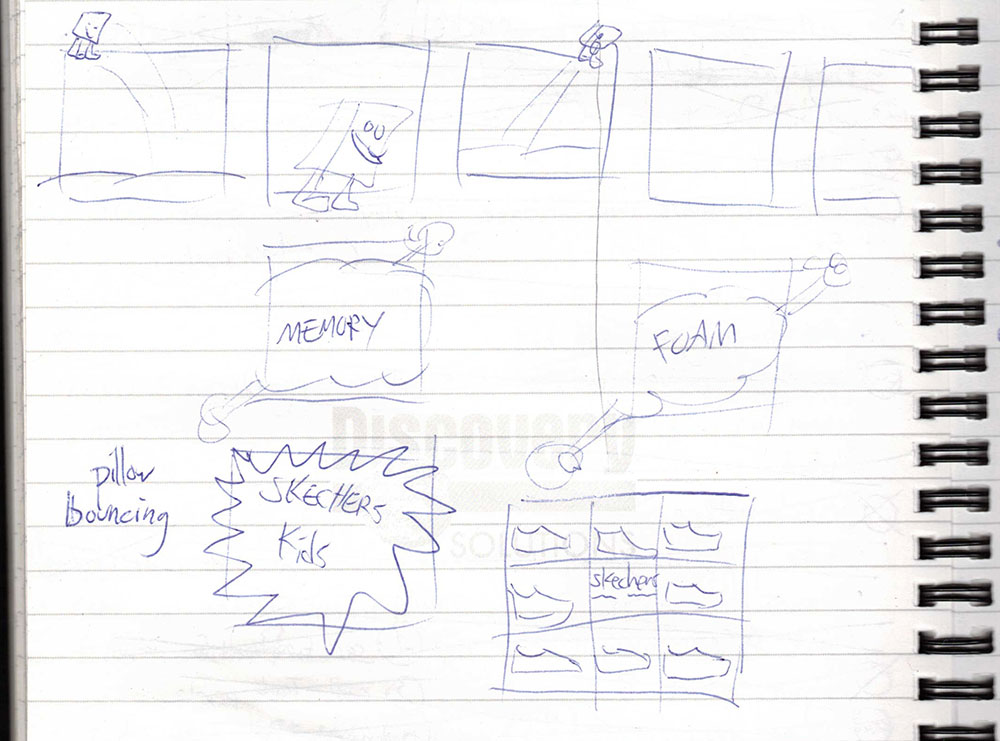